As managers, providers and employees, we always have to be looking ahead at how the technology on our horizon will affect how our organizations administer health care. In the spirit of looking forward to the future, we present “2.0 Tuesday”, a feature on Manage My Practice about how technology is impacting our practices, and our patient and population outcomes.

We hope you enjoy looking ahead with us, and share your ideas, reactions and comments below!

END_OF_DOCUMENT_TOKEN_TO_BE_REPLACED

Here’s a fascinating video on how the Internet is transforming healthcare.  Susannah Fox from the Pew Internet and American Life Project spoke in September 2010 at  Mayo Transform 2010 : Thinking Differently About Health Care. The transcript of her talk is here. If you have an interest in where healthcare is going and where your medical group needs to be, take 15 minutes and listen to Susannah Fox.

Your Digital Reputation: What Does Your Online Presence Say to Future Employers?

I have been getting lots of questions lately about finding jobs in healthcare management.  The healthcare field is very mobile right now and many managers inside the field and in other fields are looking for advice on the best way to make a move.

In addition to making sure they have the right skills and experience, job seekers also need to be sure that their digital reputations are sterling, and if not, need to make the move to correct them.  In fact, every single person reading this post should check on their digital footprint and see what the web has to say.  You never know when an employment change will suddenly be in your future.

What if you don’t show up on the web radar at all because you’re not on Twitter, Facebook, LinkedIn and Google finds no matches for your name?  That says you’re not in the know, not networking, not sharing and definitely not computer-savvy.  Here’s an excellent SlideShare presentation by Susan P. Joyce of job-hunt.org that gives job seekers (and truly, each one of us in healthcare is a job seeker, whether we admit it to ourselves or not) a gold mine of information about creating or correcting your online presence.

Posted by Abraham Whaley on December 7, 2008 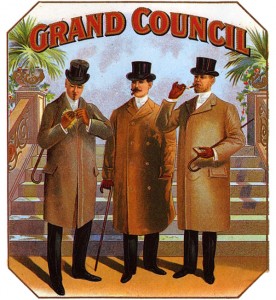 Monday Special: A Resource for Your Most Valuable Resource – You 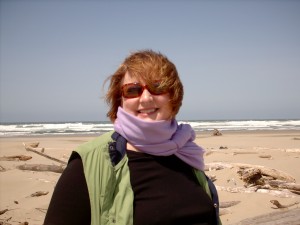 Do yourself a favor and invest a little time in your future.

At WordCamp recently, Lorelle VonFossen said “You need to think about having a digital presence.”

I suggest that signing up with LinkedIn (free) and building your online presence is a good start.  LinkedIn could be called the business version of FaceBook although many people use FaceBook as their business networking tool.  The general consensus is that for business LinkedIn is probably the most-used (25 million people) and best-known of the social networking websites.  Social networking uses the theory that we’re all connected to each other through those we know and that every other person on the Earth is connected by six other people, thus the term you’ve heard “six degrees of separation.”  You use these connections to network and meet people, ask and answer questions, and possibly, find jobs.

There’s a lot to completing your LinkedIn online profile, but you don’t have to do at all at one time.  I think my LinkedIn profile is about 75% complete and I’ve been working on it for a couple of months.  Take your time, do it right, then start to look into joining some LinkedIn groups to see what people are talking about.  The trick is not to get hundreds of people in your network (unless you’re a recruiter), but to build authentic relationships with people you think well of.

If you’re not sure what social networking can do for you, check out these articles:

The Social Network as a Career Safety Net

Posted in: A Career in Practice Management, Leadership, Memes