The Interview Question That Stumped Me 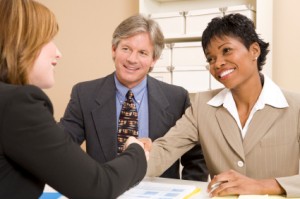 I’ve had many interviews over the course of my career, but one is particularly memorable because of the interview question that completely stumped me.

I was in the third and final phase of an interview, having already met with a team of potential peers and the person I would report to. The last interview was with the team that would report directly to me. I always think being interviewed by potential direct reports is the most difficult of all interviews, probably because while you think you know what peers and the boss are looking for, you have no idea what the staff is looking for.

Everything was rolling along well, and as that final hour was ending I could feel the relief of a runner being able to see the finish line. Then came the stumper:

“What do people assume about you that would be wrong?”

Wow! That was a loaded question in so many ways. With 5 pairs of eyes fixed on me, I scrambled for an answer. What do people assume about me? I don’t really know. So how could I say they were wrong? Should I admit I’ve never thought about that before and see if they would let me off the hook? Should I make something up that people might assume about me, or should I pick a terrible characteristic and deny it? No, that would be wrong because then I would be admitting that there is a reason why people would assume that. Yikes! This was an impossible trick question. I took a deep breath and looked inward, asking myself if I was really interested in this position after all.

Then it came to me. One of the greatest challenges of my managerial career has been curbing my natural tendency to give people every possible chance right up until the moment when they cross the line for the last time and I yank them off their feet. In other words, nice…nice…nice…nice…nice…nice…mean. That might not describe it completely, but you probably understand. Someone advised me once to “start off mean, you can always get nicer,” but that’s just not me. So, through the years I have tried to let people know that while I would do everything to help them succeed in their position, I don’t believe that every person is a fit for every position.

In essence, the challenge of the stumper question is basically: how honest can you be while still trying to promote yourself as a good fit? It would be extremely easy to tell if the person was giving a response designed to make themselves look good (e.g. “People assume that because I’m beautiful, I’m not intelligent!”)

The best answer to this question is the most honest one. By taking a deep breath and looking inward, I was able to come to that conclusion. If a question of any kind ever stumps you, remember your experience and who you are as a person has ultimately prepared you for this moment. Even if you get initially stumped, there is a place inside of you that has the answer you need.

What was my answer?

“People assume that just because I am nice, I’m a doormat.”

The next week they offered me the job.