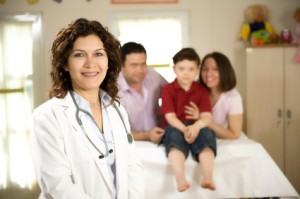 Most readers know that I have a special interest in helping physician practices survive and thrive, and have been writing recently about different models of care that physicians are adopting to make private practice financially viable. Here’s an interview with Scott Borden of Direct Pay Consulting, who helps practices convert to a Direct Pay Model. ~ Mary Pat Whaley

Mary Pat: What is your background, Scott?

Scott: I am a passionate Health Savings Account (HSA) expert. My background has been in health insurance marketing and management for 23 years. I have been heavily involved with Consumer Driven Healthcare for the past 15 years. I have been both a talk radio show host and guest on hundreds of shows over the past 8 years. I have also been featured on several television broadcasts and been a guest speaker for dozens of organizations.

Mary Pat: Your company is called Direct Pay Consulting and you help primary care practices transition to a Direct Payment Care (DPC) model – will you explain what that model is?

Scott: DPC is where the patient pays the physician directly without any third-party insurance company or government program being involved with the payment or treatment plan. It is also known as Direct Primary Care or simply Direct Pay. This usually involves an annual membership fee and sometimes a per visit fee. There are hybrid versions available where insurance is billed above the annual membership fee, but we know any payment from an insurance company or government entity will include intrusive control over how the physician practices medicine. And it significantly increases paperwork.

The original version known as “Concierge Medicine” started in the late 1990’s in Seattle and has been slowly picking up steam. Both Concierge and DPC allow physicians the time necessary to treat the root cause instead of simply medicating symptoms. Additional benefits include same or next day appointments, less (or no) waiting times, cell phone / email / Skype access, coordination of care with specialists and even house calls. Concierge physicians may charge $1,500 – $20,000 or more per year so it may be cost-prohibitive for many Americans. DPC offers nearly the same benefits as a Concierge Physician at an affordable rate almost anyone can afford.

Mary Pat: Why do you think now is the right time for this model?

Scott: There are many things currently happening that each point towards DPC as the solution. Together they are turning what would have been a gradual movement into a potential mass exodus.

The first issue frustrating all physicians is decreasing reimbursements. The “Doc Fix” is unlikely this year as Medicaid payments will match Medicare in 2014 meaning the fix would be much more expensive this time. The odds are further reduced by the lack of an election this fall pressuring congress to delay the planned cuts again. Many independent physician practices are being bought by larger hospital groups. Since reimbursements are not tied to the amount of time spent per patient, these groups typically pressure physicians to see more patients per day. They have been known to require treatment plans based on maximizing reimbursements instead of better patient outcomes. So unfortunately many doctors today feel like they’re working for insurance companies and hospitals instead of their patients.

Second is the shortage of physicians. Nearly 50% of a primary care physician’s time is spent writing letters and filing claims in order to receive payments from insurance companies. And whatever payments they actually do receive seem to arrive late. Forecasts show that physician access will be significantly worse once the Affordable Care Act (Obamacare) subsidizes health insurance for 30 million people that will be searching for a primary care physician instead of using the Emergency Room for minor medical needs. This will even further reduce the amount of time available with each patient.

And the most important driver is the pent-up demand from patients.  People are afraid Obamacare will take their doctor away. They already hate being being herded through a system of long waits and limited access, and they know it’s not going to get any better. Many middle class Americans are willing to pay a little more to receive excellent medical care from a doctor they have chosen.

Mary Pat: How can physicians evaluate whether DPC is a good fit for them?

Scott: Although every physician should consider DPC, very few will be able to transition without the typical “income dip” that occurs when all insurance and Medicare reimbursements stop.

We have developed tools to help determine whether a physician should go full DPC or start out with a hybrid version while the DPC side builds along with potential revenue projections. These tools don’t account for every situation such as those physicians that are wanting to semi-retire without reducing income. Every situation is different.

Mary Pat: What is the scope of services you provide?

Direct Pay Consulting provides all of the services a physician needs to convert his/her practice:

The idea is for the doctor to continue to do what they do best while we manage the conversion and ongoing patient participation. We have partners that can provide services from setting up an office to management of day-to-day operations for those doctors who are breaking away from a group. All of this is completed at fair and reasonable costs.

Mary Pat: Is it scary for physicians to take the “leap of faith” necessary to make the switch over from fee-for-service to DPC?

Scott: Actually I think the scary option would be to remain in the current system allowing insurance companies and government bureaucrats to take over virtually every business and patient decision!  Many doctors who take on the conversion as a lone wolf find that it takes much more time than expected. They experience many pitfalls and delays. Many times they are forced to completely stop their practice to allocate the time needed which is very costly. If they don’t have enough patients sign up then physicians are forced to begin the even more difficult process of finding new patients. The idea behind Direct Care Consulting is to have the doctor continue to file insurance until a predetermined number of patients sign up thus limiting the risk.

Mary Pat: What expenses are eliminated when DPC is adopted? What new expenses, if any, arise? Are any staff positions eliminated?

Scott: Each conversion is vastly different. The primary expenses that go away are those related to coding and filing for payment from insurance providers and government agencies. Rarely are there any new expenses. For many practices this can eliminate one or two clerical positions.

Mary Pat: How does it work if physicians want to continue to see Medicare patients? Does the physician have to opt out of Medicare?

Scott: No physician would be forced to opt out, however most DPC physicians will choose to stop taking Medicare. They don’t want anyone (let alone a government agency) dictating how they are to treat patients. Accessing some benefits outside the DPC practice for Medicare patients such as durable medical equipment might be more complicated, but not impossible. Medicare patients may find it more difficult to find physicians willing to accept them in the near future, so Medicare patients could very well become the fastest growing adopters of DPC.

Mary Pat: I’ve heard you are called the “HSA Guy.” What do HSAs have to do with DPC?

Scott: HSA-qualified High Deductible Health Plans (HDHP) offer the catastrophic protection everyone needs at a significantly lower cost than low deductible co-pay health insurance plans. I call HSA-qualified plans “DPC friendly” since they are not allowed to have office visit co-pays which wouldn’t be accepted by a DPC physician anyway. This insurance premium & tax saving tool allows many middle income patients to transition to a DPC practice without breaking their budget. HSAs make DPC affordable for (almost) anyone.

Mary Pat: Why did you transition from 20+ years of health insurance consulting into Direct Pay Consulting?

Scott: Last year I had no idea how much pent-up demand there was from both physicians and patients for DPC. Then I was approached by Dr. Douglas Brooks who has been a long time talk radio show listener that was ready to go Direct Pay.

But Dr. Brooks’ wife wasn’t convinced. She was concerned about the dreaded income dip that normally accompanies quitting insurance and Medicare cold-turkey. She was especially concerned since Dr. Brooks  was already one of the top 1% compensated primary care physicians in the country. But Dr. Brooks was so fed up with the various hospital groups he had worked for that he was willing to go for it. He asked me for my help and we put together a business and marketing plan.

I felt we needed 1,000 patients to sign up in order to replace his salary. He reached that level in three months. Let’s just say Mrs. Brooks is no longer concerned. I now know this level of success is extremely rare. I’m not sure it has ever been done before. Ignorance is bliss.  The biggest reason he was able to transition so quickly is because he is a very popular physician with a large number of loyal patients. Many of them attended one (or both) of our seminars. Our insurance office fielded hundreds of phone calls from his patients along with dozens of appointments ,helping them understand why they should switch to HSA- qualified plans. Dr. Brooks estimates 40% of his DPC patients are now paying his fees with tax-deductible HSA dollars. HSA participation is around 5% nationally.

We know the direct patient contact necessary for a successful transition will limit the number of physicians we are able to work with to a maximum of 20 this year. There are currently less than 5000 DPC physicians. Yet there are over 300 million Americans that want more access to their physician. HSAs and DPC make it affordable for almost everyone. 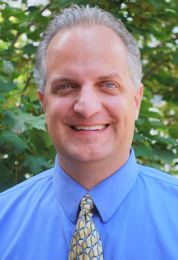 Scott Borden is the founder of Direct Pay Consulting and can be reached at 913-980-4694 (mobile) or at SBorden@DirectPayConsulting.com.