According to Charles Duhigg in his newly released book, The Power of Habit, Rhode Island Hospital was one of the nation’s leading medical institutions. It was the teaching hospital for Brown University and the only Level I trauma center in southeastern New England. Rhode Island Hospital also had a reputation as “a place riven by internal tensions”. In one surgery for instance, a neurosurgeon was preparing an emergency surgery for an elderly gentleman with a critical subdural hematoma. Just before the surgery a surgical nurse noticed that the medical chart and other paper work did not indicate the location of the hematoma. The nurse cautioned that the surgeon should wait until the needed paper work was seen. The surgeon yelled at her that he had seen the cranial scan and said he knew where to operate. He didn’t. He opened the skull on the wrong side. Although he corrected his mistake quickly, the patient died soon thereafter. Such errors are not foreign to most hospitals but the number of errors at this hospital due to poor communication, especially between nurses and physicians who overpowered them with their authority, eventually created a culture of high tension and anxiety.

END_OF_DOCUMENT_TOKEN_TO_BE_REPLACED

How to Tell if Your Medical Practice is Well-Managed 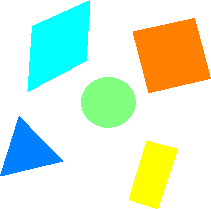 What are the hallmarks of a well-managed practice?  There are many, but here are 10 basics.

What other hallmarks would you add?