The Cohen Report: Analysis and “Quickinar” of the NCCI 17.1 Changes Effective April 1, 2011 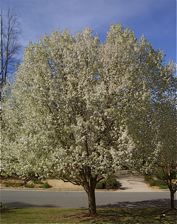 There are 11,831 new edit pairs, which pushes the total for effective edits to 709,527.  There were 346 terminations for a net gain of 11,485.  In this release, we find that there are around 350 edit pairs that have termination and/or effective dates retroactive to an earlier period with some going as far back as October, 2001.  In fact, all but 10 of the terminated edit pairs are retroactive, adding to the complexity of billing and possible targets for RAC auditors.

If you would like to get a copy of his summary report along with a couple of worksheets that detail these changes, go to www.frankcohengroup.com and click on the Download tab.  There is no charge for the analysis or the worksheets.

Frank will also be conducting a brief (free) Quickinar„¢ to go over the NCCI policies and changes for this release on March 24, 2011 from 11:00 to 11:30.  To register, go to his website at www.frankcohengroup.com and click on the Quickinar tab.

If you have any questions, please feel free to contact Frank Cohen.

I have completed my analysis of NCCI version 16.3, including an analysis of the changes from the last quarter release (version 16.2) to the current release. Here are my summary findings:

I have created a set of worksheets that contain the data associated to this analysis and it is available for immediate download (no charge) at www.frankcohen.com. Click on the Download tab and it should be the second or third link on the page. If you have any questions, feel free to email me at frank@frankcohen.com. Frank Cohen, MPA, MBB at The Frank Cohen Group, LLC.

NOTE: In the MLN Matters announcing the October edits was also this newsflash:

Get your NEW How to Use the National Correct Coding Initiative (NCCI) Tools booklet from the MLN and learn how to navigate the CMS NCCI website. This new MLN product explains how to look up Medicare code pair edits and Medically Unlikely Edits (MUEs). NCCI tools can help providers avoid coding and billing errors and subsequent payment denials. If you want to become familiar with the “National Correct Coding Initiative Policy Manual for Medicare Services” and the tools on the NCCI website, this is your best resource! Click here to download a pdf of the booklet. 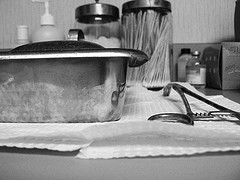