Monday Special: 10 Critical Reminders When You Move Your Practice 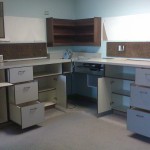 I just moved a practice from one hospital campus to another – down four floors, across three blocks and up nine floors.  I’ve done this before, but what did I learn this time?

1.  Coffee & Food – whatever it takes, keep everyone caffeinated, watered and fed.  It may not make things go any better, but it’s one less thing that people will want to leave the building (and thus the move site) for.

2.  Elevators – the movers told me that 50% of the time when an elevator is involved, it will fail.  Be prepared, know who to call, realize that movers sometimes have to move things up and down stairs despite that they tell you they’re not supposed to do this.

3.  Cell Phones – practice phones may not work despite the best planning in the world.  Make sure you have all employees’ cell phone numbers, and make sure you can forward the practice phones somewhere if your phone system is not available during the move or on the first days after.  If you’ve installed a paging system separate from your phone system, you’re in luck, because during the move you can announce things to everyone at once.

4.  Toilet Paper – the old office housekeepers dump you and the new office housekeepers aren’t ready for you.  Get some toilet paper because not having any in either facility makes a lot of people very cranky.  No one will thank you for having it, but you will certainly get blamed if there isn’t any.

5.  Keys and Parking Cards (old and new) – this one speaks for itself.

6.  Tell Everyone – no matter how well you do your job telling patients about the move and reminding them via email or phone calls, some will still go to the old location.  Give neighbor practices the moving flyer and ask them to direct patients that didn’t get the message.  Tape notices and maps and phone numbers on the old practice door because no matter if you sent them a flyer and reminded them when you called them about their appointment, they’ll still forget!  I know, I’ve done it myself.

7.  Overtime – put this in your budget and be prepared to pay it.  The only way I know not to pay overtime is to close the practice to business for a few days and have everyone work regular hours.  Or, you could make all your salaried people do the move themselves (not recommended.)

8.  Stickers & Labels – you will never need more labels, post-its and stickers than when you move your practice.  Wearing carpenter aprons with labels, pens, blue painter’s tape, a tape measure and your cell phone will save you lots of steps.  It will also help to let contractors, housekeepers, security guards, staff and doctors get the message.

10.  Low Expectations – do not expect anyone to like anything you’ve done in the old or new office.  Remember that being the manager is not a popularity contest.

What are your best practices for moving your practice?