Allscripts, AthenaHealth, Cerner, Greenway, and McKesson have announced the founding of the CommonWell Health Alliance, a non-profit trade group designed to implement standards around some of the most difficult problems with interoperability between systems. CommonWell will focus on working to standardize three areas: patient matching, patient access consent, and record location. Once standards are set for these areas, they can be made public and licensed at a “reasonable cost”. The Alliance’s formation was inspired in part by a Bipartisan Coalition meeting, and especially a comment from National Coordinator for HIT Farzad Mostashari. The conversation was recalled by David McCallie, vice president of informatics at Cerner, in an interview with HealthcareITNews:

“…everyone was sort of complaining to Farzad: “You’ve got to go solve this identifier problem, it’s killing us.” And Farzad said, “Look, it’s against the law! I can’t do it. You guys have to solve it.” I came back and literally quoted that – “you guys have to solve it” – I sent an email to Arien and he said, “We think the same thing. Let’s talk about it.” And within a week, we knew this was what to do.”

Interoperability is the principle that patient information that is shared between two different software packages should work seamlessly. Think about the interoperability of the Internet. A web page can be read on any brand of computer, any browser, and with any internet service provider. It just works. Interoperability between EHR software would look very similar. Anywhere a patient needs care, their records could be transferred and read electronically, without having to worry about the different software formats. It’s important to distinguish between interoperability, which allows different software packages to understand each other, and Health Information Exchange, which is simply a means of communication between locations and providers. To extend the analogy, a telephone can connect two people, but if they speak two different languages, you will need a translator between them.

The founders of the CHA have extended an open invitation for other vendors to join the alliance, but one big name was conspicuously absent from the list of participants: Madison, Wisconsin’s Epic Systems, who serves almost half of the US market. Epic founder and CEO Judith Faulkner was dismissive of the announcement:

“We did not know about it. We were not invited,” Faulkner said. “It appears on the surface to be used as a competitive weapon and that’s just wrong. It’s wrong for the country.”

Epic COO Carl Dvorak was even more to the point, calling CommonWell a “marketing opportunity.” Epic System made a collaborative announcement of their own during HIMSS, introducing the DRIVE program to test Epic software in virtualized environments with the help of Dell, Red Hat, Intel and VMWare. The program would be especially useful to facilities looking to bridge older, closed software installations, with more modern and open systems.

Whether or not CommonWell will be a net win for patients or just an opportunity for vendors to make up ground with Epic remains to be seen. Proponents argue that CHA is a step in the right direction for the industry to achieve real interoperability, even if the gains are only modest. The skeptical take, articulated very well by Adrian Grooper, MD at TheHealthcareBlog says there is no real difference between giants like Epic and coalitions like CommonWell.

“The shame is that another program with opaque governance by the largest incumbents in health IT is being passed off as progress. The missed opportunity is to answer the call for patient engagement and the frustrations of physicians with EHRs and reverse the institutional control over the physician-patient relationship. Physicians take an oath to put their patient’s interest above all others while in reality we are manipulated to participate in massive amounts of unwarranted care.”

So what do you think? Is CommonWell a good step for interoperability, or just another excuse for big software players to control the marketplace? Let us know in the comments! 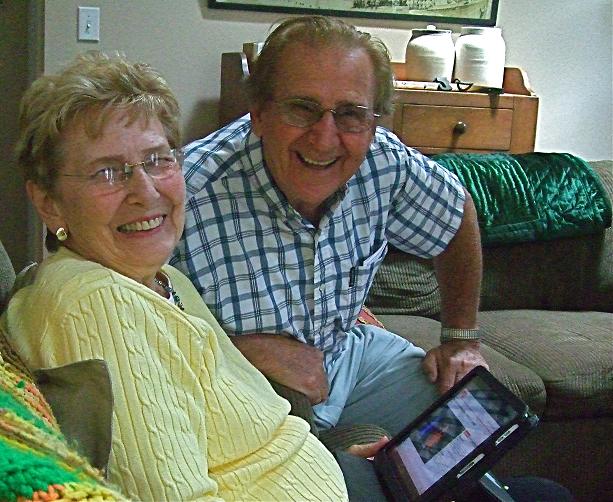 A personal health record (or PHR) is an individual electronic health record that is stored securely on the Internet so it can be accessed by medical providers and caregivers who have permission.

PHRs allow the storage of all critical health history information in one place. In the event of an emergency, the patient, caregiver or family member can give providers access to health information. By having the most current information always available, duplicate or unnecessary tests can be avoided as can possible drug interactions. This benefit is achieved without having to rely on the memory or incomplete records of the patient. PHRs also allow patients, caregivers or third-party vendors to update information regularly over the Internet so that new data can always be accessed by stakeholders.

Although Personal Health Records have been around for more than 10 years, they have gained little traction. Amidst a healthcare environment that is increasingly supportive of the empowered patient, most patients have neither the time nor the knowledge to enter their own records into a PHR. Many PHRs can interface with an individual hospital or physician’s EHR system, but most are unable to share information bi-directionally with more than one entity or flow seamlessly into a Health Information Exchange (HIE).

With that being said, PHRs could be poised to make a big impact on the future of the delivery of health services. Today’s providers are shifting their focus from individual visits to entire episodes of care across the care continuum, which has the potential to benefit from digitized patient records. As more providers convert to electronic medical records, one of the next steps towards fulfilling the Meaningful Use criteria needed to receive Federal incentive payments is to achieve Enterprise Integration with their electronic records, defined by the HITECH act as:

In short, healthcare providers have to adopt systems that can then interface with other providers to share patient data, and collect public health data for comparative effectiveness research.

Although the death of Google Health this year has led many to speculate that the PHR is an idea too far ahead of its time, Zweena is challenging that notion.

Zweena is a personal health record management solution, as opposed to a standalone PHR. Zweena overcomes the traditional downfall of PHRs by taking care of everything for the patient and bridging the (huge) gap between healthcare providers and patients. Upon request by the patient, Zweena contacts the patient’s care providers, requesting their records and entering the record information into the PHR properly. The patient record, accessible via Microsoft Healthvault, is then available for easy exchange with hospitals, physician offices, continuing care communities, family members and others permissioned by the patient.

Zweena is involved in a fascinating pilot program starting October 2011. Virtua Hospital in Southern New Jersey has contracted with Zweena to provide ALL residents in a three-county area a free PHR with all the heavy lifting done by Zweena. This three-year agreement will be a tremendous test of the concept of the personal health record and the improvement of health and healthcare for these communities.

Zweena CEO John Phelan comments, “Most of us only think about our health and our medical records when we are reacting to a health crisis. By then, it is too late to harness the power of our assembled health information. Zweena gives all of us an opportunity to use the information we have today and be more proactive and engaged with our own health information and the information for those we love and care for.”

This article was first posted on Technorati.