In 2012, we wrote “Yes, You Can and Should Start a New Practice in 2013” and more than 13,000 people have viewed it since then. Despite what you may read on the internet, private medical practice is not dead, and physicians are starting new medical practices using new practice models every single day.

What kind of practice is right for you? Here are 12 common and not-so-common medical practice models for independent physicians and other practitioners.

12 Practice Models for 2016 from Manage My Practice

Posted in: Starting a New Practice

How Are Physicians Returning to Private Practice? 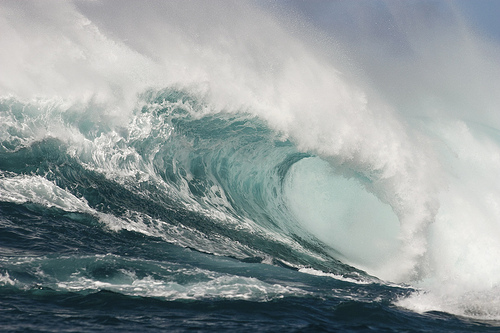 The healthcare industry has gone through a lot of change very quickly in the past five years, with still more to come. Independent practices and smaller physician groups have a lot of reason to “seek higher ground” in mergers, partnerships, and buyouts by larger groups and hospitals that have the resources to better deal with lower reimbursement and increasing regulation. Still, just as we are seeing the crest of the wave of physicians selling their practices to hospitals, we are also beginning to see a lot of the reverse trend – physicians leaving hospital employment and starting their own practices.

We have a number of new solo physician practices among our clients and each of these practices can make the numbers work for the three reasons outlined below. Their new practices may look much different from the practices they once had, but they now can bypass the crushing financial burden of start-up costs and find ways to cut expensive overhead. As hospitals ratchet down physician salaries and present new hoops from them to jump through, more and more physicians will look to these new tools for independence and financial viability.

In 2008 I was living in Seattle and I attended a conference at Microsoft in Redmond, Washington. It was there that I met Dr. Bill Crounse, the Senior Director of Worldwide Health for Microsoft. He was kind enough to sit down for a few minutes and talk to me about the future of physician practices. He told me something at the time that I didn’t really understand. He said, “Something is about to happen that will be  game changer for physicians.” At the time I didn’t understand what he meant, but today I believe he was hinting of the pending launch of Practice Fusion, the first free electronic medical record (EMR.)

The free EMR has indeed been a game changer for physicians. The ability to e-prescribe and report PQRS to avoid Medicare financial penalties and to collect the EHR Stimulus money (aka Meaningful Use) without the typical $25 -$30K outlay per physician has been a boon for many practices. How can an EMR be free? With advertising and the agreement that they blind and sell your data to third parties. (Have EMR companies been doing this all along and not telling you? A topic for another post.)

Physicians still need a billing system to run their businesses, but today software vendors are bundling billing packages with practice management and/or EMR software. For anywhere from 2.9% – 5% of net revenue, physicians can use the software and receive insurance billing services as a package. The two largest vendors providing this service are Athena and eClinical Works.

The second reason physicians can start a private practice is the replacement of traditional (quite expensive) traditional marketing with social media. For a fraction of the cost of a direct mail campaign, a physician can use social media to establish a digital presence via a website, blog, YouTube and Facebook. These mediums are not free, but they are long tail, meaning that they will continue to drive patients to the practice long after a direct mail postcard has been thrown in the trash.

Physicians and other care providers have a choice of self-employed practice models today.  Here are a few choices they have:

For more information on different practice models, see our posts Yes, You Can and Should Start a Solo Medical Practice in 2013!, How Physicians Can Offer Direct Primary Care to Employers: An Interview with Dr. Samir Qamar of MedLion,  The Direct Pay Physician Practice Model: An Interview With Scott Borden and Physicians are Leaving Hospital Employment and Starting New Practices on Their Own Terms.

A number of people asked me about the impact of health reform on them as individuals.  Here is a great story from the Atlanta Journal-Constitution that takes specific examples of individuals and families and speculates on how the new bill(s) will impact them.

I have to say that I’ve been dumbfounded by the fury raised over the passage of the new healthcare legislation.  I realize that the bills separate people into winners (uninsured, providers with uncompensated charity care, patients with pre-existing conditions, Medicare patients, providers who see Medicaid patients, families with adult children, etc.) and losers (companies who have to pony up more money for their retired employees, insurance companies, illegal immigrants, high wage earners, etc.), but this story placed the fury into a different perspective for me.  It’s a good read.

What does healthcare reform mean for the physician practice?  Many are predicting the rise of concierge practices (also called boutique medicine, retainer practices, VIP medicine and cash practices) as physicians find they cannot survive if their patient population is predominantly Medicare, Medicaid and uninsured patients. Concierge practices fall into two categories:

Concierge medicine has not been around that long, but it is growing in popularity by leaps and bounds. The first acknowledged concierge practice was formed in 1996 in the Pacific Northwest.  In 2002, CMS (Centers for Medicare and Medicaid) published a memo stating that physicians may enter into retainer agreements with their patients as long as these agreements do not violate any Medicare requirements.  In 2003, the Department of Health and Human Services ruled that concierge medical practices are not illegal. Today, there are approximately 5,000 physicians using the concierge model in the United States today.

Shortly after all the shouting and voting on healthcare reform was over, Congress recessed for two weeks leaving the controversy over the 21.5% cuts required by the SGR formula still unsettled.  CMS has advised the MACs to again hold claims for services provided from April 1 to April 10 to give Congress a chance to get back to work and back to voting for an additional delay (or not) for the cuts.  If the cuts are allowed to stand, many physicians will start making their own cuts by minimizing the number of Medicare and Medicaid patients they will see.

Amidst this craziness, a voice of sanity is heard and it is Donald Berwick, MD, current President of the Institute for Healthcare Improvement (IHI) and probable Obama pick for the head of CMS. If you don’t know Don Berwick or the IHI, click here to read an interview with him about the IHI’s “100,000 Lives Campaign” or watch the video below of him speaking about the dimensions of quality.  Good stuff!