Learn This: Clearing Up the 3G & 4G Confusion

As fast as all technologies move these days, no technology moves faster than the mobile telephone market. Cell phones are not only communication devices, but essential business tools that handle email, documents, and instant messaging. Today’s phones have cameras, GPS systems, and bandwidth capabilities that allow these features to come to life in a flood of new “apps” available for various mobile platforms.

The bandwidth, however, that the phone is able to achieve is probably still the single most important factor in how much you enjoy and get out of your device (cell phone, iPad, iPodTouch, aircard or wireless card.) So while there are many important decisions to be made when selecting a mobile device and a corresponding wireless carrier, perhaps the most important is the speed of the phone and the network that you are using.

The “G” in the 3G and 4G you hear about on cell phone commercials stands for “generation”, as in 3rd Generation” and “4th Generation” technologies.

The Radiocommunication sector of the International Telecommunication Union (or ITU-R), is the international body that sets standards for international wireless communications for the whole world, and develops the specifications for transmission speeds. Generally, the ITU-R releases an actual final standard for the generation around every 10 years. The 3G standard was released in 2000, and the although the final version of the 4G standard hasn’t been released yet, some of the technical specifications have already been announced and give you a good idea of around how fast 4G devices should perform. The standard calls for speeds at static locations (ie, your house, as opposed to your car) to reach 1 Gbits/s. In contrast, the 3G specification released in 2000 called for minimum sustained download speeds of 200 Kbits/s, making 4G theoretically thousands of times faster than its predecessor.

But with the 4G standard still unreleased, American mobile companies have been more than willing to advertise their latest products as 4G – even without reaching speeds nearly that close. Sprint’s 4G offering uses a technology called WiMAX that can theoretically produce speeds of 128 Mbits/s downloading and 56 Mbits/s uploading. The LTE (long-term evolution) networks that both Verizon and AT&T are currently building will support speeds of up to 100 MBits/s down and 50 MBits/s up. Although T-Mobile was the first company to claim to offer 4G support, their network runs on the one that AT&T currently uses with some slight performance upgrades. Of course, now that AT&T has purchased T-Mobile, it will be interesting to see how marketing efforts move forward!

Currently there is no true 4G network in America, and until the actual 4G standard is released, these companies will be able to sell the 4G concept as the latest and greatest thing, even if the great isn’t quite as great as it should be yet.

The speed of the mobile device and mobile network that you use is dependent on many other factors besides technology: geography, weather, and the distance to your nearest cell phone tower will all affect the speeds you can reach with your cellular data.

On top of that, if you don’t like using a phone, it won’t matter how fast it is. If you hate touchscreen interfaces, a really fast connection won’t replace a keyboard. And if a phone is too big and bulky to want to take anywhere with you, all you have is a very fast, very expensive paperweight.

Both the device and the service have to work for you. So talk to folks, strike up a conversation with someone using a phone or a carrier that you have your eye on. Ask your neighbors what they use, and how they like their reception. When you do buy a cell phone, find out exactly how long you have to return it so you can use that time to make sure the reception, data coverage, and device are all right for you.

And be wary of anyone trying to sell you anything with “4G” in it. 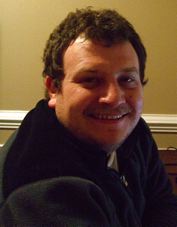 Abraham Whaley is Product Manager for Smart Health Cloud, Inc., a company that streamlines the business of medicine by empowering practices to manage, organize, and collaborate on content in a secure environment. He has spent many hours in medical practices and has experience in Medical Records, Billing, Front Desk Administration, Customer Service and Data Analytics in primary care, surgical, hospital and emergency settings. This experience gives him powerful insight into how the healthcare employee and organization use and adopt technologies. Abraham’s experience, when combined with his talent for teaching, and tech-savvy outlook on business puts him in prime position to design a cloud solution for your medical practice.

He can be contacted at abe@smarthealthcloud.com.