RAC Alert: How to Bill Medicare for Hospice Patients When You Are Not the Hospice Provider 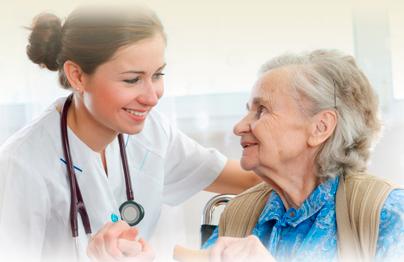 Hospice care focuses on improving the quality of life for persons and their families faced with a life-limiting illness. The primary goals of hospice care are to provide comfort, relieve physical, emotional, and spiritual suffering, and promote the dignity of terminally ill persons. Hospice care neither prolongs nor hastens the dying process. As such, it is palliative not curative. Hospice care is a philosophy or approach to care rather than a place. Care may be provided in a person’s home, nursing home, hospital, or independent facility devoted to end-of-life care.

How is Medicare Hospice Care Paid?

When hospice coverage is elected, the beneficiary waives all rights to Medicare Part B payments for services that are related to the treatment and management of his/her terminal illness during any period his/her hospice benefit election is in force, except for professional services of an attending physician, which may include a nurse practitioner. If the attending physician, who may be a nurse practitioner, is an employee of the designated hospice, he or she may not receive compensation from the hospice for those services under Part B. These physician professional services are billed to Medicare Part A by the hospice.

What is the RAC Issue?

For beneficiaries enrolled in Hospice, Medicare Administrative Contractors (MACs) and/or Medicare Carriers must deny any service furnished on or after January 1, 2002, that are submitted without either GV or GW modifier.

GV Modifier = Attending physician treating a patient with a Hospice related terminal diagnosis, but not employed or paid under arrangement by the patient’s hospice provider

In this audit, the recovery auditors conducted an automated review of claims for physician services. A significant number were deemed to contain improper billing resulting in overpayment.

Claim Example 1: A patient is enrolled in Hospice and goes to a physician’s office for open treatment of a femoral fracture, with internal fixation or prosthetic replacement, CPT code 27236.

Finding: The billing of code 45378 would be incorrect since the beneficiary was enrolled in hospice. There can be no separate reimbursement unless the service was unrelated to the terminal diagnosis, which has to be reflected by the proper modifier.

How to Capture Medicare Hospice Information