FAQ for New CMS Rules for Place of Service Codes (POS) on Claims for Services After April 1, 2013 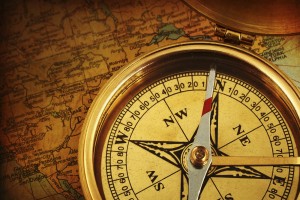 CMS has clarified the Place of Service (POS) codes that Physicians/Providers are to use on claims for services to patients starting April 1, 2013. This is more than a simple technical requirement, however. The correct place of service is directly tied to how much a physician/provider is compensated. Keep in mind that the professional fee (the physician/provider part) is different based on whether the service is provided in a non-facility setting (not the hospital) or a facility setting (the hospital.)

Q: What is the rule for choosing the POS for physician services?

A: The POS code to be used by the physician and other suppliers will be the same setting in which the beneficiary received the face-to-face service.

Q: How does the rule apply to the interpretation (reading) of diagnostic tests?

A: When a physician/practitioner provides the Professional Component (PC)/interpretation of a diagnostic test from a different/distant site, the POS code assigned by the physician /practitioner will be the setting in which the beneficiary received the Technical Component (TC) of the service.

Q: Are there any exceptions to the rule?

A: There are two exceptions: The physician should always uses the POS code where the beneficiary is receiving care as a hospital inpatient (POS code 21) or an outpatient of a hospital (POS code 22) regardless of where the beneficiary encounters the face-to-face service. The Medicare Claims Processing Manual already requires this for physician services (and for certain independent laboratory services) provided to beneficiaries in the inpatient hospital; the new policy clarifies this exception and extends it to beneficiaries of the outpatient hospital, as well.

The list of settings where a physician’s services are paid at the facility rate include:

The list of settings where a physician’s services are paid at the non-facility rate include: