Into The Fray: A Medical Practice Manager Shops for Health Insurance 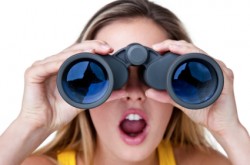 I have been on the management side of the healthcare industry for more than twenty-five years, so I know how heath insurance works and how it is sold. Many times in my career I have been the administrator entrusted with evaluating health insurance for the entire practice. So when my husband and I recently found ourselves in the market for coverage I was confident about navigating the market, even though this would be the first time we had ever funded our own premiums 100%. The process was pretty eye-opening.

My hope was to pay no more (or less if possible) than I was currently paying for COBRA through a former employer. We are 54 and 58 years old, overweight and on blood pressure medication, but in generally good health. No heart attacks, no diabetes, no cancer. In all my years of enrollment, we had never met our deductible – even when it was as low as $500! Our annual premiums through COBRA totaled around $10,000.

Starting, as always, with the internet, I went to an insurance aggregate site for the policies sold in my state. After four hours of reviewing plans, I chose two that I thought would be a good fit. I couldn’t help but wonder how much time other people spend researching plans – or if they realized how much information is now at their fingertips.

Plan A was a high-deductible plan (HDHP) with a health savings account (HSA.) This type of plan was much cheaper ($300 per month for both of us) as it would only cover catastrophic care. We would pay for our basic care from our HSA, into which we would deposit the difference between what we had been paying and what we now would pay (a difference of $500.) This plan really appealed to me because I could potentially make good healthcare choices and use my HSA money carefully.  Plan B was more traditional with a deductible and co-pays, but it would be comparably priced to the COBRA plan expiring in 30 days. My husband really liked this plan because it was just like our current plan – he could understand it! To have something to compare to the plans I chose, I joined AARP, which requires membership to get a quote. Their rates were not at all comparable to the other plans, so I gave up on them immediately.

We decided to go ahead and apply to Plan B. Although we were supposed to be notified within 24 hours, we did not hear back for about a week that we had been turned down! There was no explanation, no phone call, just a stock letter mailed to us. I would think as a potential customer who was getting ready to spend $10,000 over the next 12 months, someone might have called and gone over the application with me. Maybe I had filled the form out incorrectly, or checked a box wrong? With time running out, I went back to the internet and researched a state plan that I had heard about that would insure you if you had been turned down for insurance or your COBRA had run out. I found the site and looked at plans that would keep us spending no more than $10,000 per year. With a lump in my throat, I applied for the plan with a $5,000 deductible for each of us. I had no idea what our next option would be if we were turned down by our state plan.

We were accepted by the state plan in very short order and so the $5,000 deductible became a reality. We now are the true gatekeepers of our own health and health spending. With no first-dollar coverage except preventive care mandated by the Affordable Care Act, we started thinking about the medications and routine services that we had previously all but taken for granted for the cost of a co-pay.

Even with my background the process of shopping for coverage was both confusing and impersonal. It will be interesting to see how the state health insurance marketplaces of the Affordable Care Act change the process starting October 1st, 2013 – I’ll be shopping again when it opens!