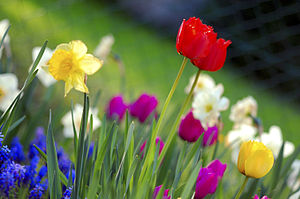 Why Has HHS Proposed a Change to the Live Date for ICD-10-CM and ICD-10-PCS?

In late 2011 and early 2012, three issues emerged that led Secretary of HHS Kathleen Sebelius to reconsider the compliance date for ICD-10:

The Transition to Version 5010

As the industry approached the January 1, 2012 Version 5010 compliance date, a number of implementation problems emerged, some of which were unexpected. These included–

Given concerns that industry would not be compliant with the Version 5010 standards by the January 1, 2012 compliance date, the HHS announced on November 17, 2011 that they would not initiate any enforcement action against any covered entity that was not in compliance with Version 5010 until March 31, 2012, to enable industry adequate time to complete its testing and software installation activities. On March 15, 2012, this date was extended an additional 3 months, until June 30, 2012.

The ICD-10 final rule set October 1, 2013 as the compliance date, citing industry testimony presented to NCVHS (National Committee on Vital and Health Statistics) and many of the over 3,000 industry comments received on the ICD-10 proposed rule.

The analysis in the ICD-10 final rule with regard to setting a compliance date emphasized the interdependency between implementation of ICD-10 and Version 5010, and the need to balance the benefits of ICD-10 with the need to ensure adequate time for preparation and testing before implementation.

As noted in the ICD-10 final rule, “[w]e cannot consider a compliance date for ICD-10 without considering the dependencies between implementing Version 5010 and ICD-10. We recognize that any delay in attaining compliance with Version 5010 would negatively impact ICD-10 implementation and compliance.” (74 FR 3334) Based on NCVHS recommendations and industry feedback received on the proposed rule, we determined that “24 months (2 years) is the minimum amount of time that the industry needs to achieve compliance with ICD-10 once Version 5010 has moved into external (Level 2) testing.” (74 FR 3334) In the ICD-10 final rule, we concluded that the October 2013 date provided the industry adequate time to change and test systems given the 5010 compliance date of January 1, 2012.

As implementation of ICD-10 is predicated on the successful transition of industry to Version 5010, we are concerned that the delays encountered in Version 5010 have affected ICD-10 planning and transition timelines.

Since publication of the ICD-10 and Modifications final rules, a number of other statutory initiatives were enacted, requiring health care provider compliance and reporting. Providers are concerned about their ability to expend limited resources to implement and participate in the following initiatives that all have similar compliance timeframes:

It is crucial that all segments of the health care industry transition to ICD-10 at the same time because the failure of any one industry segment to successfully implement ICD-10 has the potential to affect all other industry segments. Ultimately, such failure could result in returned claims and provider payment delays that disrupt provider operations and negatively impact patient access to care.

In early 2012, it became evident that sectors of the health care industry would not be prepared for the October 1, 2013 ICD-10 compliance date. Providers in particular voiced concerns about their ability to meet the ICD-10 compliance date as a result of a number of factors, including obstacles they experienced in transitioning to Version 5010 HIPAA Requirements from the Affordable Care Act and the other initiatives that stretch their resources. A CMS survey conducted in November and December 2011 (hereinafter referred to as the CMS readiness survey) found that 26 percent of providers surveyed indicated that they are at risk for not meeting the October 1, 2013 compliance date.

The HHS is proposing to extend the compliance date for ICD-10 for 1 year, from October 1, 2013 to October 1, 2014. This change would be reflected in the regulations at 45 CFR 162.1002. While a number of alternatives were considered for the delay, as discussed in the Impact Analysis of this proposed rule, it is believed a 1-year delay would provide sufficient time for small providers and small hospitals to become ICD-10 compliant and would be the least financially burdensome to those who had planned to be compliant on October 1, 2013.

To determine the new compliance date for ICD-10, the need for additional time for small providers and small hospitals to become compliant was balanced with the financial burden of a delay on entities that have developed budgets and planned process and system changes around the October 1, 2013 compliance date. Entities that have started planning and working toward an October 1, 2013 implementation would incur costs by having to reassess and adjust implementation plans and maintain contracts to manage the transition beyond October 1, 2013. We concluded that a 1-year delay would strike a reasonable balance by providing sufficient time for small providers and small hospitals to become compliant and would minimize the financial burden on those entities that have been actively planning and working toward being compliant on October 1, 2013.

Finally, in its March 2, 2012 letter to the Secretary on a possible delay of the ICD-10 compliance date, the NCVHS urged that any delay should be announced as soon as possible and should not be for more than 1 year. The NCVH made this recommendation in consideration of its belief that a delay would cause a significant financial burden “that accrues with each month of delay.”

The HHS believes that a 1-year delay would benefit all covered entities, even those who had are actively planning and striving for a 2013 implementation. A 1-year delay would enable the industry as a whole to test more robustly and implement simultaneously, which would foster a smoother and more coordinated transition to ensure the continued and uninterrupted flow of health care claims and payment.

Therefore, the HHS is proposing that covered entities must comply with ICD-10 on October 1, 2014.

Bonus: Some Interesting Data I Found in the ICD-10 Proposed Rule:

Haven’t Started Your ICD-10 Preparations Yet?

Start your plan by reviewing the resources below: